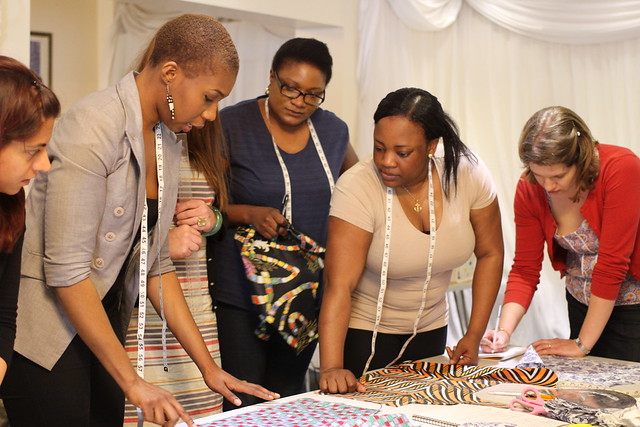 Last weekend I ventured across the Channel to London as I was lucky enough to get a place on one of Chinelo Bally‘s very popular freehand cutting workshops. The workshop was so great and I’d highly recommend it! I tried to be cool when I met Chinelo but I was about 40 minutes early and I hugged her when I arrived, so I think I failed there. 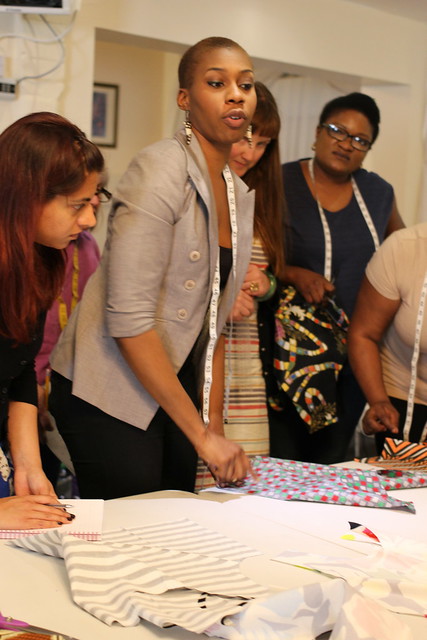 Chinelo (who is just as lovely in real life as she is on the telly) introduces you to freehand cutting by teaching you how to make a fitted peplum top from your own measurements – but with no pattern! Yes, no pattern! As we all saw on the Great British Sewing Bee, Chinelo’s method involves ‘drafting’ straight onto the fabric. 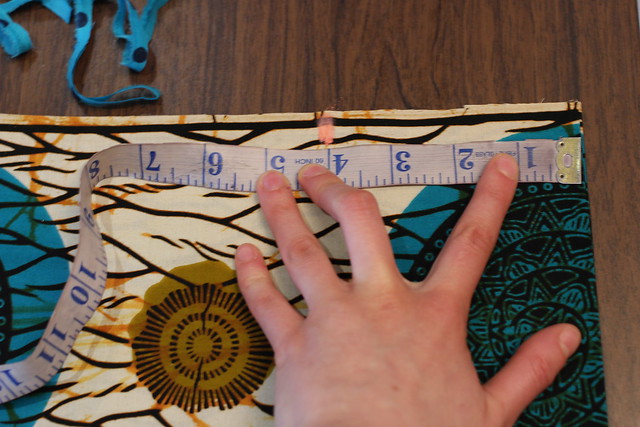 I found it hard to get my head around the idea before I did the workshop as the idea of not using a pattern felt odd….but it is great to push yourself out of your comfort zone. What I like about the method is that it helps you gain a better understanding of the relationship between your own measurements and the final garment.

I was really pleasantly surprised by how well my top fits me – I’ve rarely made something that fits so perfectly first time round. 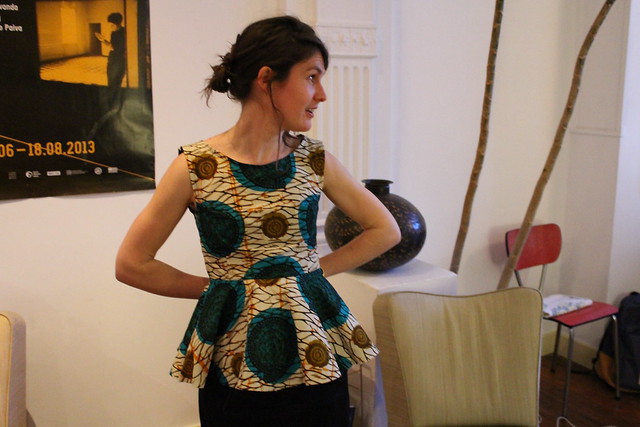 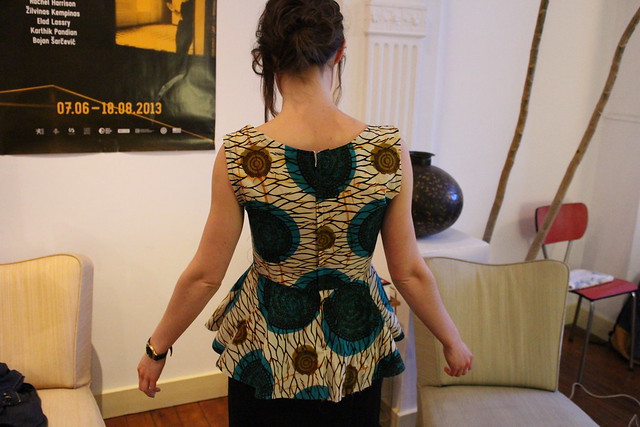 Such a fitted peplum top is not really something I would wear very often, but the idea is to use the method and modify it to your own dressmaking needs, for example Chinelo told us how we would make modifications to drop the waist and adapt the peplum into a longer skirt.

The workshop itself is intense (in a good way) and Chinelo really makes the most of the time. She is a great teacher and you never feel like you can’t ask a question. 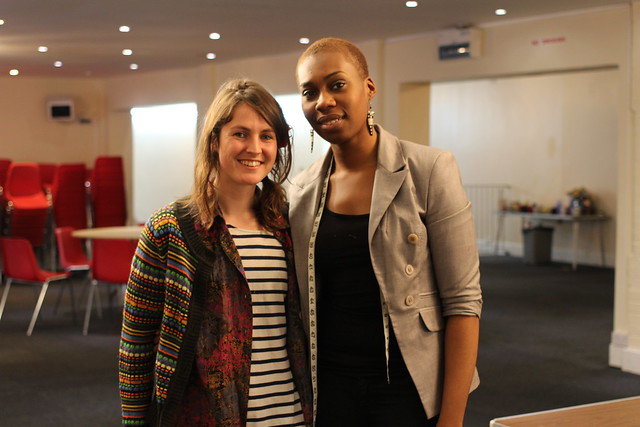 And while I was in London I also took the time to visit the famous Goldhawk Road, after reading so much about it on other people’s blogs. And it didn’t disappoint. 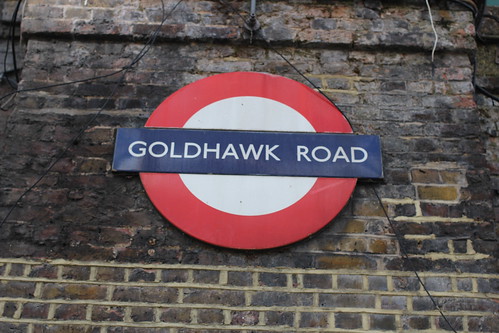 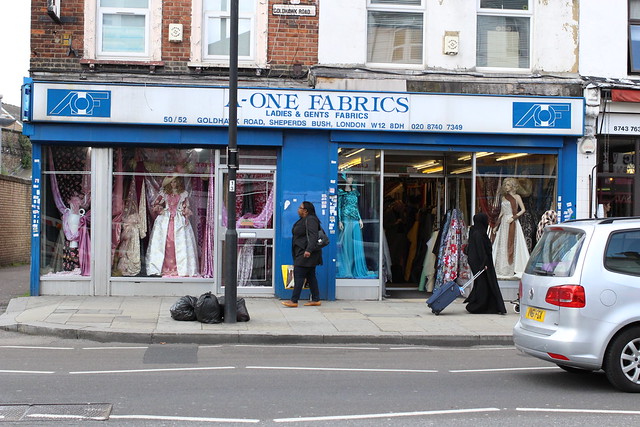 In such a small concentrated space there are just so many fabric shops! It’s hard to remain calm! The great thing is that lots of the shops are connected, so if you ask for something in one shop and they don’t have it they’ll send you three doors down. Let’s just say I went to London with a more or less empty rucksack and it came back full to the brim.

I printed out this really good guide to the different shops like a real fabric geek.

I wish we had a Goldhawk Road in Belgium! 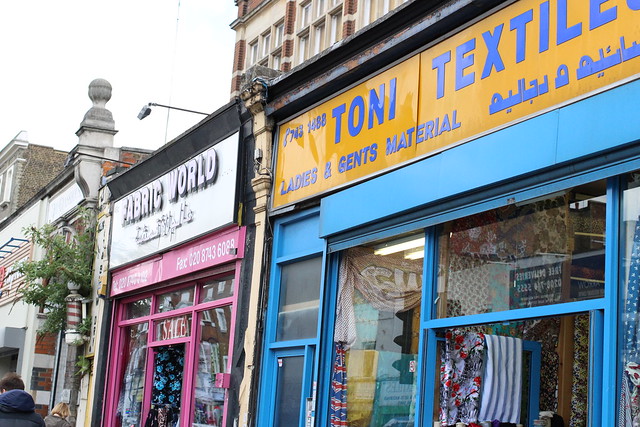 I can live without the stuffy tube rides and the sheer overwhelming scale of the place, but you can’t deny that London is pretty amazing if you are into sewing.

Is anyone else going to the By Hand London Kickstarter party on 11th July? When I saw the date I was delighted as by amazing coincidence I’d already planned to go to London that weekend as I am going to a friend’s wedding the next day. Whoo!

And hopefully I can squeeze in another trip to Goldhawk Road.