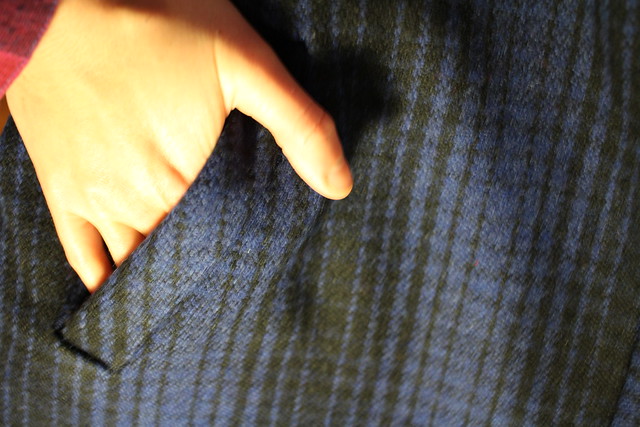 The coat I started in May is still a work in progress six months on. I’m not going to lie – I wish I was faster at sewing it, but sometimes other things in life get in the way. Since May I’ve done a fair bit of sewing but when I turned to the coat rather than just getting stuck in, that pesky voice in the head that stops us facing up to new challenges would get in the way.

I would start to work on the coat and then decide to make a dress instead or pontificate about other sewing ideas. While I’ve sewn jackets before (the RdC Gerard I lade last October is still a big favourite), this coat was out of my comfort zone, and to boot I’m making the pattern up as I go along using my favourite coat as a model.

There were many times over the last few months when I didn’t feel like doing much on the coat, even though I felt like sewing.  Exploring this feeling has taught me some more about my relationship with sewing.

If I don’t feel that great I might need to feel productive and switch off by going through the motions of sewing something I feel comfortable with. I’m probably not in the best frame of mind for giving welt pockets a go for the first time, for example. If I mess it up (and I’m more likely to with an agitated mind) I’ll likely take the failure to heart and blow it completely out of perspective in my mind, adopting an ‘oh typical’, ‘just my luck’, ‘well I’m shit at sewing so of course I messed it up’ attitude.

Whereas, generally, if I feel on top of things in life, content, well, and generally at peace, I’m much happier to push myself and work out new things and get a bit messy – i.e. have all surfaces and available floorspace covered in sewing stuff. And if it doesn’t work out I won’t view it as time lost or as a ‘failure’, I’ll just be happy to have learnt something and to have been sewing.

I’m happy to report that over the past week I was in the latter more positive sewing groove and have made some steps forward with the coat!

First of all… the zip and zip flap are in ! I wanted to emulate the zip construction on my model coat exactly. 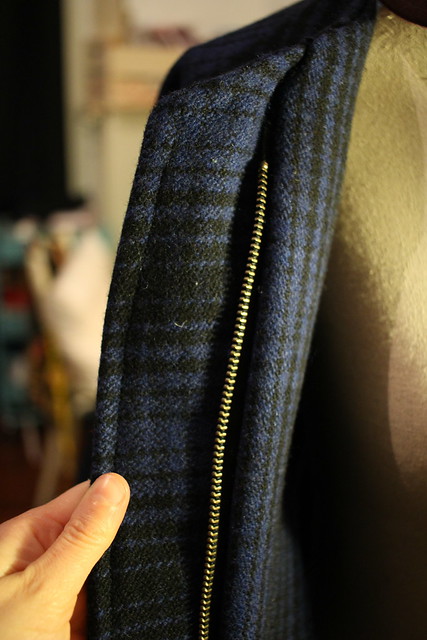 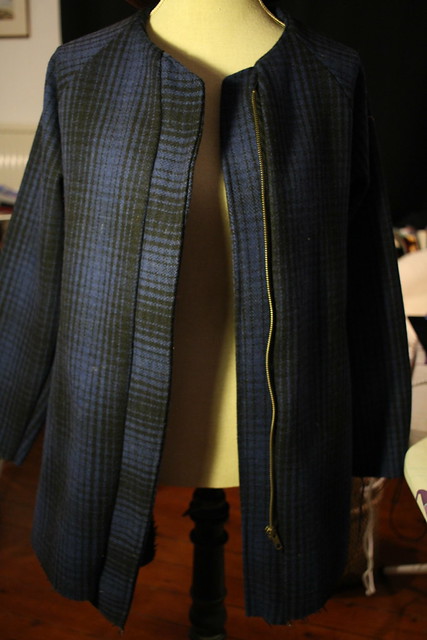 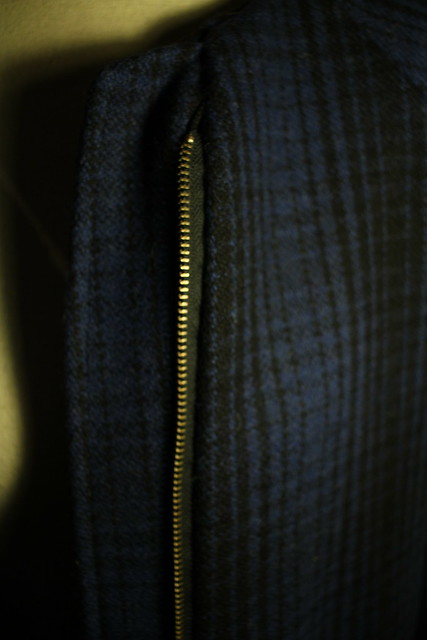 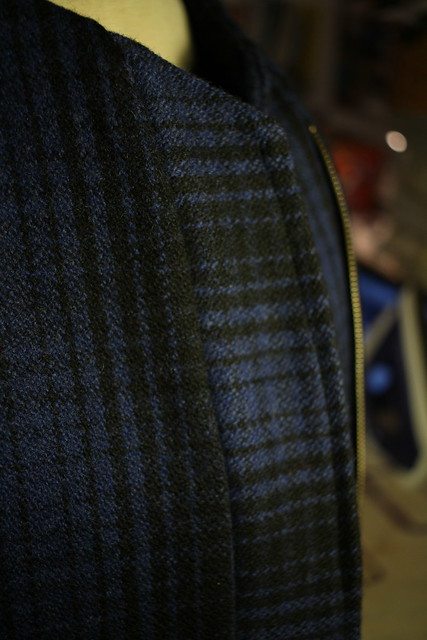 The facing is in! Photos of some unorthodox facing drafting methods. I decided to not have a collar. 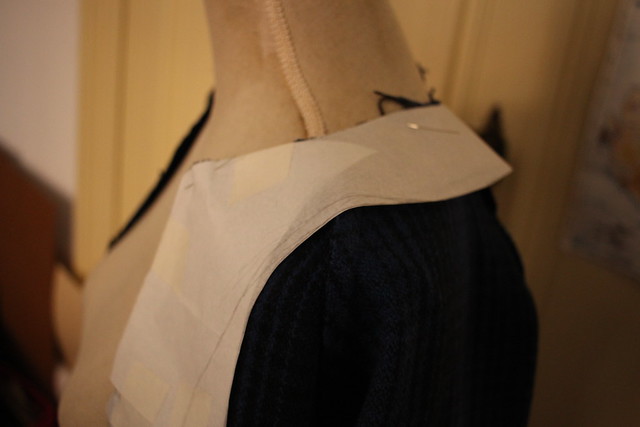 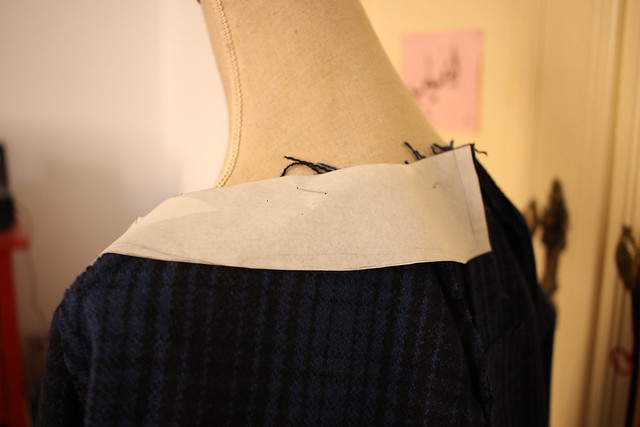 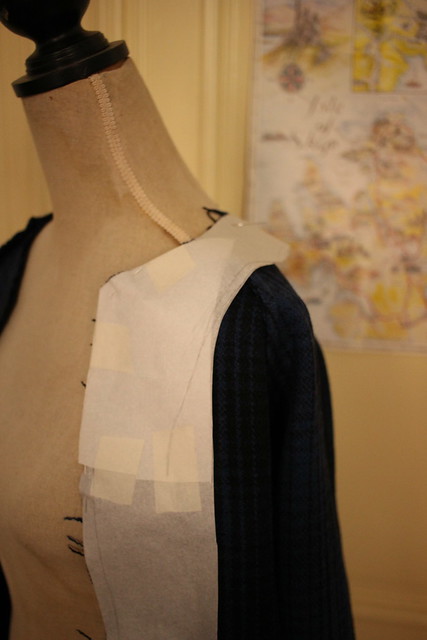 And…after much practicing the welt pockets are in! 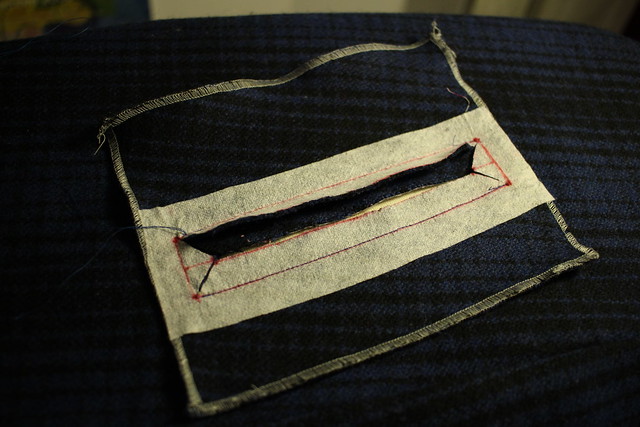 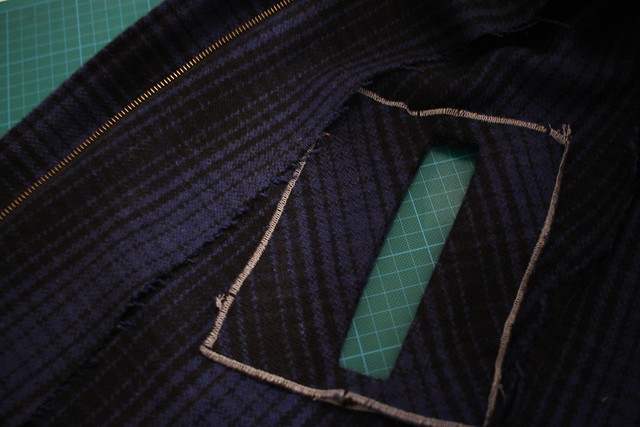 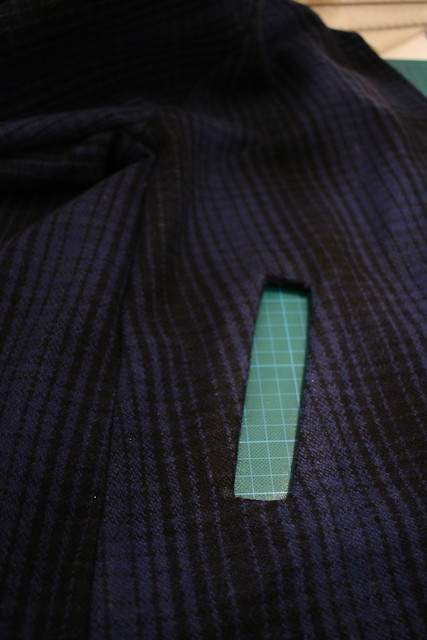 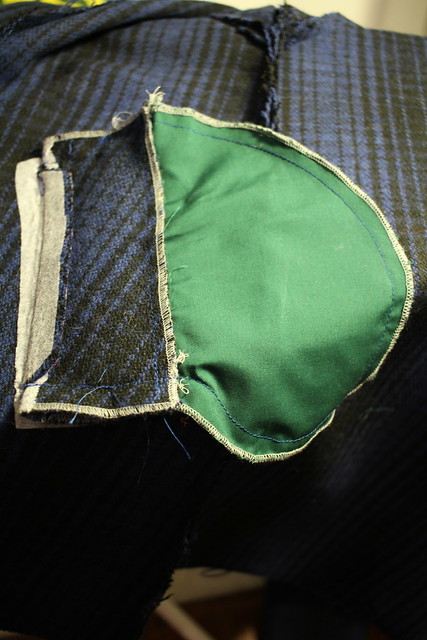 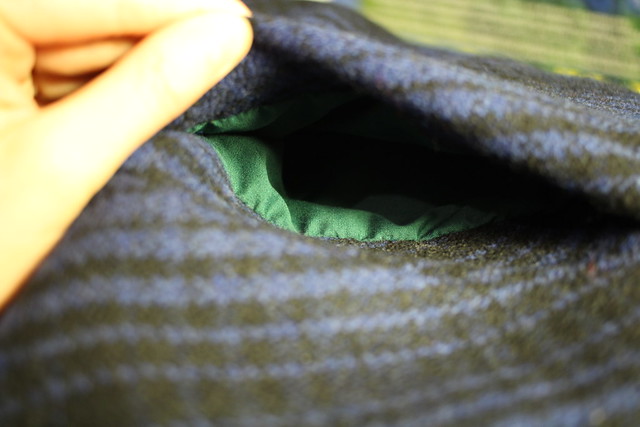 I think what ultimately sets apart homemade wool coats and ‘professional’ coats is that it is so hard to press the seams properly! So I need to do some more work to get them as smooth as possible.

Just the lining to draft and sew and I might have this coat ready before the real Belgian winter sets in.